Piper & Sydney: We got a chance to go on a safari and it was very exciting. We are going to ask Alexander 10 questions about our safari in South Africa, as there were some things he hated, and some things he loved. There were some very memorable moments at Sabi Sabi (our safari camp) that we will cherish for the rest of our lives.

Alexander: I didn’t like it much at all! How would you feel if I through poop at you, when we’re just on a casual safari, and our safari guide tells us that you can pick up the poop. And SO WHAT if it’s elephant poop and it’s made of grass. That doesn’t make any difference. Come on. Be nice to your brother.

Alexander: My favorite animal was a leopard. I love the beautiful spots on leopards and the fact that they are carnivores and kill animals for the meat. I would have been so excited to see a leopard attack an impala or some other prey.

3. Is South Africa your new favorite country? Why or why not is it your favorite?

Alexander: No, it’s not my new favorite country. Japan and China both top South Africa, but we will still be spending time in Cape Town which is part of South Africa. Cape Town was one of the cities I was most excited for on the trip. Apparently it doesn’t have super tall skyscrapers, but the sightseeing is supposed to be amazing. But!!! My favorite country is the Maldives. All the beaches and snorkeling… you should read the Maldives blog post if you haven’t yet.

4. Did you try any new foods? What were they?

Alexander: I tried the African animal kudu. A kudu is an animal that is kind of like a deer, except it’s much bigger. The kudu was interesting. It was quite chewy, like an undercooked steak, and the taste was like turkey that didn’t have enough gravy.

Alexander: My top three animals were leopards, hippopotami, and lions. I saw all three of the animals I was most excited to see, and I loved watching the lion run at the hyenas like it was going to attack them. Maybe now I’ll be more excited to go to the zoo.

Alexander: The part of the safari I liked least was when it rained. The very first day, we got all wet and cold, and had to cut the safari short because it was raining so hard. It turns out that the rainy season had already passed, but they still had very little rain, so we got the rain instead.

Alexander: I will hate all caterpillars for the rest of my life because of what happened at the lodge. A hairy caterpillar crawled on me, and I totally freaked out. I kind of calmed down after I stood up and Dad told me that it was okay, but then our waitress told me it wasn’t okay, then came at me with a serrated knife and threw the caterpillar on the ground with the knife, then told me to take off my shirt. All of a sudden, a dung beetle came flying out of nowhere and landed right next to the caterpillar. That scared me to death. I will never ever touch caterpillars or any other big bugs again.

8. If I told you were going on another safari would you be happy or sad? Why?

Alexander: I would be very happy because I loved all the safaris we went on even if it got kind of boring at times. We saw a family of lions and a mother and son leopard. Some of these animals that we saw were very exciting, and I would love to do it again.

9. Was South Africa one of the places that you were most excited for? Why or why not?

10. What was your favorite part of Sabi Sabi? Why did you like it?

Alexander: I think it would have been playing “Everybody chase Alexander” with all the little kids during the village tour while we were at the school. It was the first time that I got to run around with a bunch of other kids for a long, long time.

Sydney and Piper thought up some good questions, some I wouldn’t have thought of myself!! I sure hope that sometime we’ll be back to Sabi Sabi for another week of safaris. There were some great sights (and big bug incidents) that I will remember for the rest of my life.. 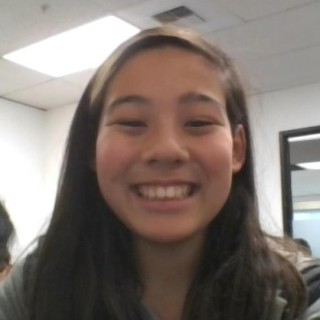